A Leap of faith in Oil prices recovery

OPEC starts with oil recovery on the stock market, while Prince Abdulaziz comes up with a bold plan for recovering the oil demand.

It seems like OPEC+ is confident that it can start easing deep production cuts next month without hurting the recovery in oil prices, which means recovery for the stock market.

Prince Abdulaziz is saying that the recovery signs cannot be mistaken. Since the economies around the world are slowly reopening, the process of opening taps in August should also be careful and gradual.

On Wednesday, Saudi Arabia’s Energy Minister said they would be adding at least 1 million barrels a day of supply to the commodities on the stock market. The impact of this will be almost not felt at all, as demand recovers from the coronavirus crisis.

After almost three months of output curbs to ignite the global pandemic’s effects, the 23-nation coalition was widely expected to make this decision. The production increase from some nations will be tweaked by compensatory cuts from other members that missed their targets in the last couple of months, but the move still has some risks.

The recovery in global fuel consumption again depends on significant economies, and if they continue their lockdown or not. The virus’s resurgence in the U.S., the world’s largest oil consumer, doesn’t look so promising for traders.

The Organization of Petroleum Exporting Countries, together with its partners, will keep 7.7 million barrels a day from the market in August if we compare it with currently 9.6 million cuts.

Paola Rodriguez-Masiu, the senior oil markets analyst, said that nobody could expect OPEC+ to keep the 9.7 million-barrel-a-day curtailments into August, but by boosting output by 2 million barrels a day is not little. The demand recovery completely justifies it.

The actual cut next month will probably be between 8.1 million and 8.3 million barrels a day because members who didn’t fulfill their promises and reached the goal of reducing output in May and June.

Fully releasing the shortcomings of all that a part of it would require 842,000 barrels a day of extra reductions in August and September, delegates said. That could lessen the two million-barrel-a-day supply increase by almost half, which wouldn’t be great since it is scheduled for August.

Will this bear fruition?

Prince Abdulaziz acknowledged that it’s not set how much of the reparations can be delivered by September, and said nobody should relax too early.

Iraq has made significant shifts toward its target, but it is still a significant financial challenge for the country to make additional cuts to meet the deal. Everyone is less optimistic about Nigeria, Angola, and Kazakhstan, even if they fully reach their quota targets.

Crude futures fluctuated for a short period after the plan to mend the cuts was confirmed, but settled again and traded for $43.42 a barrel in London.

OPEC+ is restocking supplies as fuel consumption picks up with the lifting the lockdown curfew worldwide. The alliance’s curbs, which are equal to 10% of the global amount, helped more than double crude prices from the lows hit in April when demand plunged by more than 25%. Consumption has slowly recovered, but it’s still down about 10% if we’re looking a year back at how the stock market looked like. Saudi Arabia’s exports won’t change next month, despite its increasing output, since its domestic demand continually rises. OPEC+ will consider calling an emergency meeting to reverse the easing of its cuts only if the lockdowns return in full force. Nonetheless, the financial mishap back from the first wave of the pandemic is still present. Many countries are still struggling to deal with the new outbreaks that could put stock markets into a difficult situation again. 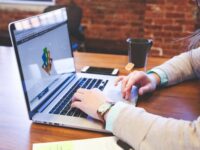 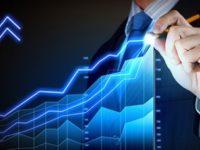 Digital Media and What It Means 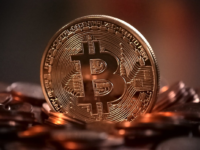 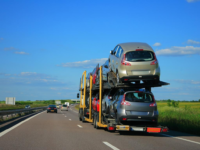 Planning to Live in Arkansas? Here’s What You Need to Know.